Following Too Close and Speeding 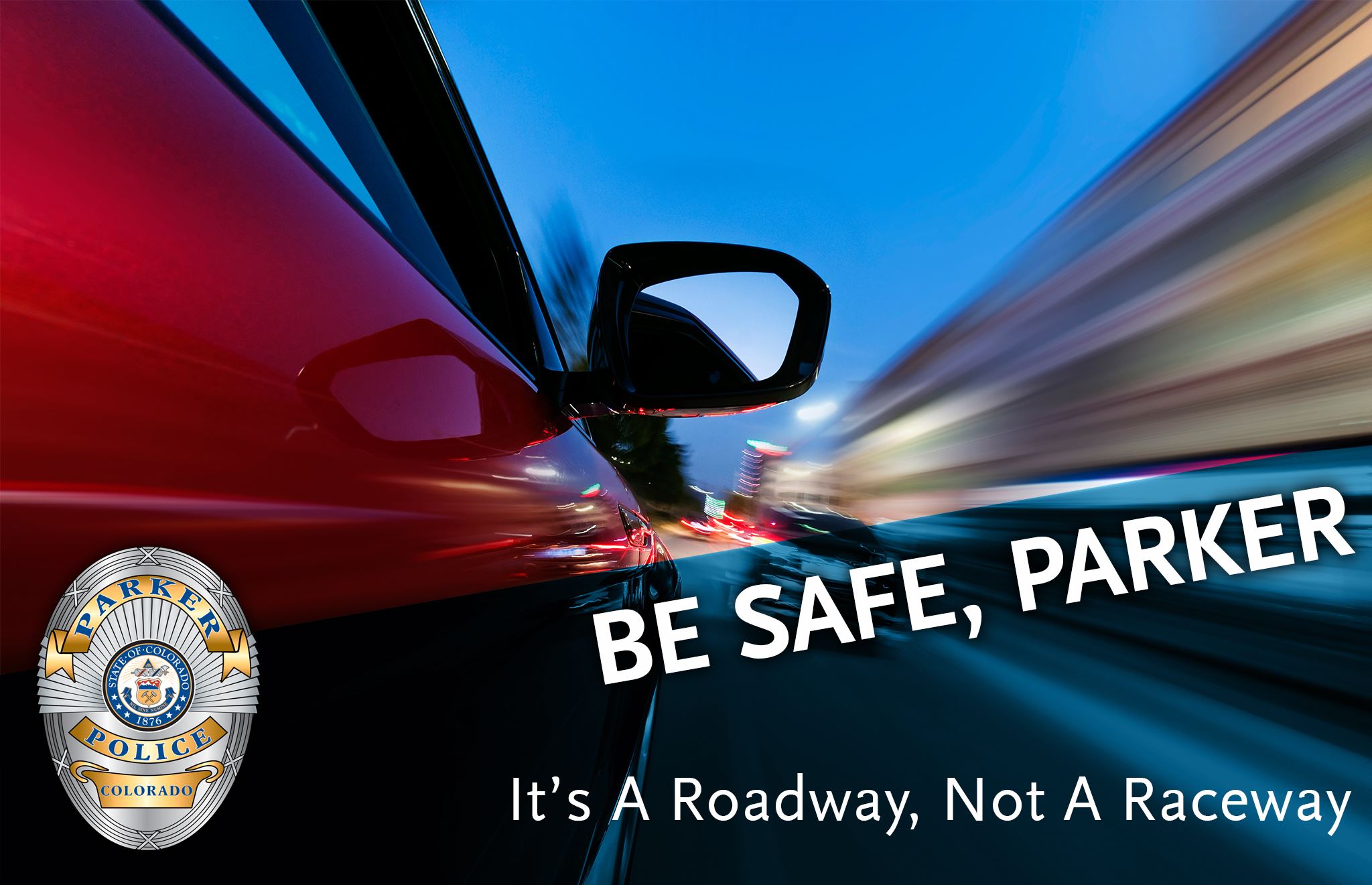 The Parker Police Department wants citizens to be more aware of how they are driving and how dangerous it can be to speed and/or tailgate.

Tailgating and the Two-Second Rule

How do you know if you are following too closely? Implement the Two-Second Rule. This simple technique will help you judge the distance between you and the vehicle in front of you.

How to check the Two-Second Rule

Take note of the vehicle in front when they pass a post or other stationary landmark, then count two-seconds. You should NOT arrive at the same spot before the two-seconds are up. If you are too close, then carefully drop back and retest the gap.

If you are tired, driving in bad weather or your car is in less than good condition (good tires, good brakes), then your two-second rule should be extended to four-seconds, or more. Always know your limitation.

In Parker in 2013, nearly 65% of minor property damage crashes were a result of one vehicle rear-ending another. The intersections that these types of crashes occurred most often were Parker Road/Mainstreet; Parker Road/Lincoln Avenue; Parker Road/Crown Crest Boulevard and Lincoln Avenue and Jordan Road.

In 2013, the months of September and October had the highest number of crashes that were directly related to following too close and speeding. The Parker Police Department is addressing these violations by launching a campaign of public education materials and statistics, as well as stepping up enforcement of these violations from September through October 2014.

The Dangers of Speeding While Driving

During 2012, more than 10,000 lives were lost across America in speeding-related traffic crashes, according to the National Highway Traffic Safety Administration - and 162 of those speeding-related fatalities occurred in Colorado.

Even one life lost to speeding is too many, and here in Parker we are taking the safety of our citizens to the next level. The Parker Police Department wants to remind all drivers to Stop Speeding Before it Stops You!

What is Considered as Speeding?

Speeding is usually defined as driving in excess of the posted speed limit or driving too fast for the conditions and can have dangerous consequences, including:

This infographic, provided by Caddell Nelson & Reibach, provides statistics about speeding, including how often speeding results in a fatality, how much does speeding actually cost and what are the main reasons that people speed.